I spent twice a week volunteering with Chicago’s homeless, youth in particular, and got to know a few on a personal level that made me want to become a voice for them. My Street Stories Suspense series is my attempt to do just that. I continued to volunteer when I… END_OF_DOCUMENT_TOKEN_TO_BE_REPLACED

Even if gender identity was a choice, no one has a right to force you to choose. Lily’s father needs…

Cousins Shorty Davis and Booker T Brooks grew up in pretty much the same circumstances: single mother, too many siblings…

Snow Ramirez hasn’t trusted anyone in a very long time, not even herself. Memories of her childhood on Washington’s Yakama…

Cry Baby Cry is a plot-driven suspense novel that tackles tough issues, kidnapping, and possible murder in a way that keeps the reader engaged and interested. If you’re looking for a suspenseful thriller that will keep you entertained, Cry Baby Cry is the perfect read.

Her books are more than entertainment; they teach us tolerance and awareness of lives that aren’t conventional, easy, or “socially acceptable.”

A nail-biting all night thriller. The characters were likable, I could feel what they were experiencing. I would love to read more in the Street Stories by Debra R. Borys

This quick-paced, sometimes dark, but ultimately good-hearted novel aims for light entertainment with a straightforward message, not unlike the spirited Chicago detective novels of Sarah Paretsky. Box of Rain will not surprise those familiar with the problems between young black men and law enforcement. But with its tightly knit plot and a few good twists, this novel may be recommended for YA and general readers curious about how unconscious biases can lead to vicious cycles of distrust.”

Here is the thing about Painted Black author Debra R. Borys, she treats her characters as if they were there standing right in front of you hearing their story for the first time. … Fiction does not mean we have to lose the realistic qualities, show them as one dimensional beings … Debra R. Borys makes us remember even if it’s fiction or another story on streets, we’re reading a story about people, and real issues.

11 Jun 201813 Jul 2018
Even if gender identity was a choice, no one has a right to force you to choose. Lily’s father needs to learn that lesson. Now, if only Jo can teach…
21 Dec 201712 Jun 2018
Cousins Shorty Davis and Booker T Brooks grew up in pretty much the same circumstances: single mother, too many siblings crowded into a small ghetto apartment. So what makes one…
21 Mar 201717 Jan 2018
Snow Ramirez hasn’t trusted anyone in a very long time, not even herself. Memories of her childhood on Washington’s Yakama Reservation haunt her even on the streets of Chicago. When…
12 Mar 201617 Jan 2018
Painted Back twists the reality of Chicago’s homeless community with murder, corporate greed, and a bizarre collection of freeze-dried corpses. A homeless man in a glass coffin, that’s all Jo…
9 Aug 20189 Aug 2018
Starza Thompson from Windy City Reviews has reviewed all four books in the Street Stories series, so her opinion means a lot to me. Which means it is especially wonderful…
13 Jul 201813 Jul 2018
Wow. As I was posting news about Cry Baby Cry's first five star rating by Sheri Wilkerson, I noticed a five star review on Amazon from Marydale S. Listen to…
13 Jul 201813 Jul 2018
Sheri Wilkerson, who previously reviewed Box of Rain and gave it a five star review,  provided the first online response to Cry Baby Cry. She also rated this book five…

I really liked Booker. He was always trying to do the right thing.  I liked the side characters and the mystery was really good. I found the other disappearances very intriguing. Jo was a little harder to like but she’s going through a lot so I think the stress made her character ornery. This is […]

Down the Rabbit Hole

A recurring theme was running through my head this morning during my walk with the dog. How does a person decide which laws are reasonable and helpful and should be followed and which laws trample on their rights? The first example that came to mind was related to a couple of car chase news stories […]

Wow! 2019 was pretty much a bust for me. After publishing Cry Baby Cry in mid-2018 I vowed to rework one or two old manuscripts that I thought showed promise. But either I was burnt out from publishing seven books since 2012 or the lukewarm reception of Cry Baby had me discouraged, because I barely […]

Starza Thompson from Windy City Reviews gave Cry Baby Cry a mixed review, suggesting I give the characters more depth. I appreciate her insight, though, especially since she had so many other great things to say about it, like: “Her ability to create characters that are LGBT without having that be their only characteristic is […]

It’s almost 1:00 in the afternoon already and I swear I only intended to spend a half hour updating by Cry Baby Cry website. The thing, is, though, that in the process of doing that, I discovered the book had received its first 5-star rating on Goodreads, which resulted in a whole flurry of postings […]

Originally posted on Cry Baby Cry:
Starza Thompson from Windy City Reviews has reviewed all four books in the Street Stories series, so her opinion means a lot to me. Which means it is especially wonderful to hear the nice things she had to say about Cry Baby Cry. Here are my favorite parts: “Perhaps… 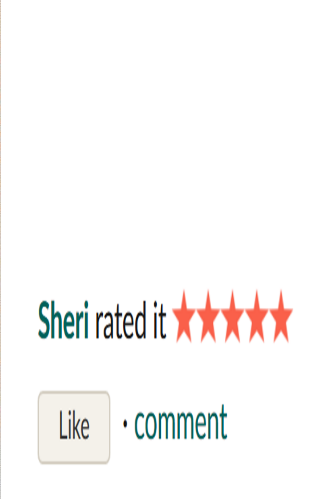 Originally posted on Cry Baby Cry:
Sheri Wilkerson, who previously reviewed Box of Rain and gave it a five star review,  provided the first online response to Cry Baby Cry. She also rated this book five stars on Goodreads, which I hope will tempt other readers to see what it is she liked so much. …

Originally posted on Birthing the Next Book:
When Lonny moved on, Avril walked over to the mirror on the far wall just to check that the woman hadn’t been making fun of her. Nope. Still fabulous. Still sparkly with the glitter and hairspray she’d spritzed on before leaving the house. With the pre-order for the…

Originally posted on Birthing the Next Book:
Jo threw her toothbrush into her makeup bag, the other hand holding the phone to her ear. She tried not to let annoyance get the best of her as she listened to Avril make life more complicated than it needed to be. The bad news: At 5000 words…

Originally posted on Birthing the Next Book:
Like the nursery rhyme game, each Street Story novel stands alone. What does progress throughout the series, though, is Jo growing as a person. Jo’s relationship with Jack is one way to show that growth. Once the two of them were settled, Jo pulled Jack out into the…